Blood of the Hunter

Die Hard in Hogwarts. The Academy of Arcane Arts and Adventures has been taken over by the group of vampires. They seek Valery McClane, the daughter of the Vampire Hunter. Her father has cursed the vampire clan, turning them mortal, and only drinking her blood can undo the curse.

The vampires have tricked a student into disabling the school’s defenses, opened the portal into the Main Hall, mind-controlled the teachers, and are now searching for Valery, and taking the students through the portal into the clan’s lair - the dark tower.

The players will need to infiltrate the castle taken over by the vampires, awaken the security djinn to protect the students, and then pursue the vampires through the portal to rescue the kidnapped ones. 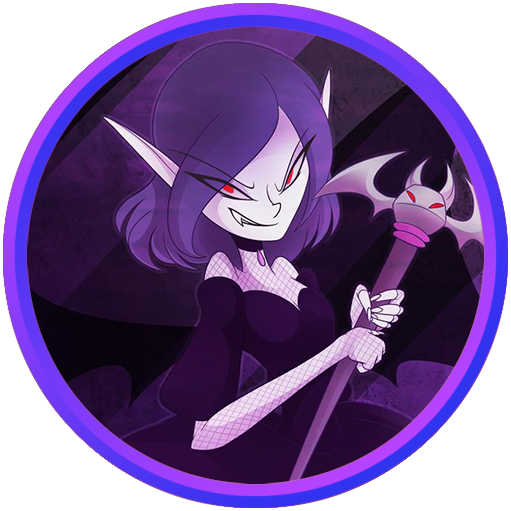 The leader of the vampires. Obsessed with restoring immortality for herself and her clan (James Bond / Moriarty).

Eccentric and flamboyant headmaster of the Adventuring Academy.

He is the security system of the Adventuring Academy. He can't fight (some magic similar the three laws of robotics is making him pacifist), but he has the power to restore the protective barrier around the school and teleport students to safety. Goofy and irresponsible (Andy Dwyer).

The heroes begin in the old and grimey tavern ("Toadshead") in the Northwick - a small magical village close to the Adventuring Academy (basically Hogsmeade).

They can see the castle of the Adventuring Academy out of the window, in the distance, and soon they notice that the protective barrier around the school (like a soap bubble surrounding the castle ) has disappeared at some point.

Soon an exhausted and beaten up looking owl smashes through the window, carrying a letter to the bartender. The letter is bloodstained and written in a rushed handwriting:

“The school is under attack. Send help. Northen tower.”

Traveling to the Academy

There are stables with griffons next to the tavern. There's also a secret passage between the tavern and the school.

The griffons can deliver the players straight to the Northen tower, but can be noticed from the school's windows.

The Northern Tower is the Owlery for postal owls. Inside it the players will find Valery McClane, a young student of the academy (Valery McClane) who sent the letter. She looks injured, and is trying to hold the door. Something strong is smashing through it, trying to get it to open.

Valery explains to the players that the school has been taken over by the vampires. Her dad has put a curse onto their clan, making them mortal, and only her blood ("The blood of the Hunter") can lift this curse.

The thing smashing through the door is a gremlin, one of the many dark creatures the vampires have brought along with them to take control of the school.

After the gremlin has been defeated, the players will descend into the school corridors, and see vampires capturing kids in the corridors, hypnotizing them, and dragging them to the main dining hall.

The main hall is filled with the captured students and professors. Professors are hypnotized into obeying vampire's orders. Students are being used as hostages. There's clearly too many vampires to take head on. There's a portal in the middle, leading to the vampires lair.

The players will meet a cowardly professor hiding from the vampires. He will tell them that the Headmaster's office has a security system that can help to fight off the vampires. They will also learn that the Potion Master's Office has garlic, the Chapel has holy water, and Defense Against the Dark Arts classroom has silver weapons and stakes. With these advantages, defeating vampires would actually be possible.

As the players travel between locations, collecting ways to defeat the vampires, they can encounter some threats and dangers:

Headmaster's office is guarded by the two stone gargoyles who don't let anyone in without the Headmaster's permission. They can be tricked, distracted, or defeated in battle.

Inside his office, the players will find a magic Lamp containing a Security Djinn. Djinn won't be able to fight the vampires himself (it's magic is making him non-violent), but he can restore the protective barrier around the school, and he has the power to teleport the students within his line of sight to safety.

He will also tell the players that the portal has been opened through a ritual that took place in the Herbology greenhouses, on the roof right above the main hall. If the ritual is disrupted, the portal will slowly begin to close.

Fight in the Main Hall

Equipped with the Djinn and the anti-vampire weapons, players can successfully fight off the vampires in the Main Hall. Djinn will be able to transport the students held hostage, while the players deal with the vampires.

A vampire lair is a black tower rising above the blood-red ocean. The portal between the Tower and the Academy is on the top floor, kidnapped students have been taken to the throne room in the basement.

They can sneak them out, or take on Veronica Sharp head on. If Veronica Sharp dies, the tower will begin to crumble, and the portal will slowly begin to close, gradually decreasing in diameter. The players will need to rush to return before the portal closes.

Closing the portal or killing Veronica Sharp will lift the hypnosis from the professors. Professors and students will be grateful for the rescue, and will do their best to help players. Valery's father, Damien McClane will be happy to help them on future adventures.

This adventure was made by the Adventure Writer's Room community. We are a group of GMs who meet in the discord voice chat, and challenge ourselves to improvise a one-shot adventure in 2 hours. Our goal is to brainstorm fun ideas and improvise stories together in a chill, lighthearted, no-pressure environment. It works, it really helps with the writing, and it is super fun. We're looking for some friendly and creative people to join us!